The Telegraph – Train your brain with Mr Memory

You’re at a party and someone introduces themselves, only for you to forget their name just minutes later. Or perhaps you can never remember where you’ve left your keys, or what groceries you need when you get to the supermarket.

Help is apparently at hand for the forgetful among us, thanks to Italy’s Gianni Golfera, aka “The Memory Man”. Already a household name in his own country for his ability to recall everything from exceptionally long numbers to entire Latin texts, the mnemonist [an individual who can recall unusually long lists of data] is now bringing his memory-boosting techniques to Britain.

Golfera, 35, who is married with two children, is based in Rome, where he is well known for his memory techniques, dubbed the “Golfera Method” (heavily marketed, it must be said, on his website www.giannigolfera.com).

He claims to be able to recall the content of 260 books, the names of 100 people introduced to him for the first time, and any numbered list of 1,000 words.

Can it all be true? It’s fair to say that Golfera’s extraordinary powers of recall have been tested extensively by scientists, who are keen to find out how far his memory is down to his genes and how far to his own efforts. Certainly, exceptional memory seems to run in his family – his grandfather Bartolomero, is said to be able to recall entire volumes of classical texts and his father, Andrea, a pilot who died four years ago, claimed not to need maps when flying because he could remember complete routes.

Yet Golfera himself believes his capacity for recall to be the result of years of hard training and dedication, encouraged by his father, rather than genetic. Anyone, he believes, can do the same.

“It’s not hereditary, it’s habit – I spent about 10 years learning 26 books a year,” he says. “I’ve worked with people to help them remember texts for exams – if you spend about four hours a day you would be able to learn a 200-page book in about a week.”

As a young boy growing up in northern Italy, Golfera struggled to remember his lessons and was encouraged by his father to read up classical texts on improving memory (called mnemonic techniques). Over the years, he says, he has adapted ancient principles to meet modern needs.

“The most common mistake is people try to remember by using repetition, but the real trigger for your memory is to be emotionally involved,” he says

“For example, if you want to remember my surname is Golfera, think about the first time you played golf. Then you need to visualise playing golf – when you have a picture in your mind the brain creates a very strong association.”

He also recommends a collection of techniques with the acronym EMBASI – standing for Exaggeration (for example, creating a larger-than-life picture), Motion, Bizarre Associations and Sentimental Involvement.

“Advertising uses these techniques to make us remember – for example, a giant bottle of Coca-Cola, or animals who are speaking and joking and doing something strange,” he points out. (Which, perhaps, explains why those annoying meerkat adverts are so memorable.)

Golfera, who has had five books about memory published in Italy, is planning his first in English, and will be sharing his insights at a series of seminars here later this year. They will focus on how to memorise names, lists, foreign vocabulary and important texts.

His fundamental advice to the absent-minded is to use the power of images, a method favoured as far back as classical times. For example, the Roman Room technique, used by orators for storing the key words of speeches, involves imagining a familiar room – perhaps your bedroom – and mentally putting an image of something you’re trying to remember, in that room. Golfera explains: “We have a very strong memory for location – if I asked you to describe your house or bedroom you would be able to describe it without any hesitation. So if you imagine something on your bed in your house it will be easy to remember.”

Memory, the coding and storage of new information by the brain, is a little understood topic, and Golfera’s capacity for both short- and long-term recall has fascinated scientists. In a study published in the 2004 Brain Research Bulletin, researchers said they “could not establish the limits of his [Golfera’s] memory” after he broke a record for a scientific cognitive test, the Corsi Test, which measures short-term working memory.

Ubaldo Bonuccelli, professor of neurology at the University of Pisa, has used MRI scans to study Golfera’s brain and discover more about how his memory functions. He hopes the results may also shed some light on the importance of exercising the brain to keep it healthy.

“There are already plenty of studies showing that if you keep mentally active and read books you may be able to help prevent Alzheimer’s,” he says. “We are planning to look at whether Gianni’s methods of improving memory may also be used to help prevent this condition.” The theory is that such intensive methods of exercising the brain increase connections between the hundreds of millions of its neurons (nerve cells), which may help preserve both short- and long-term memory.

So far the search for a “memory gene” that might explain Golfera’s skills has proved elusive and it is likely, as he himself believes, that much of his ability is learnt rather than inherited. Tom Stafford, a lecturer in psychology at the University of Sheffield and co-author of The Rough Guide Book of Brain Training, says: “People who perform in memory championships usually have elaborate techniques involving walking through a mental building where they encounter items they’ve associated with things they want to remember.

“He [Golfera] has probably got a great memory, but he’s not necessarily someone who was born with an exceptional memory. It’s likely his dad was interested in having a good memory and taught him the techniques.”

Dr Stafford adds: “Memory experts try to use as much of their brains as possible, so they use long-term and short-term memory structures, mental imagery, associations with the senses, smells, etc.

“There definitely would be differences in the brain of someone with an exceptional memory compared to someone else. We know from looking at brain-imaging scans that, for example, taxi drivers have a larger part of the brain devoted to navigating compared to non-taxi drivers. The longer they’ve been a taxi driver, the larger that part is.

“But the important thing to remember is that the brain changes according to what you practise. It’s not that someone who had a great memory had a different brain to start out with, though they might have, but they’ve definitely ended up with a different brain because of practising these memory skills.

“What we know is that everyone can train their memory, and can surprise themselves with how much they can improve it.”

Golfera has already taught his memory skills to a host of high-profile individuals, including the classical tenor Andrea Bocelli, whom he helped to memorise a French opera, Roméo et Juliette, last May.

“It’s my biggest achievement because he cannot see [Bocelli has been blind since the age of 12] but he can use his visual memory because everyone, even blind people, can use the visual memory inside the brain.” Golfera also works with children, in particular those with dyslexia; his techniques using images associated with letters or numbers, he says, can help them avoid mistakes

There are those who have questioned Golfera’s methods: last year he was accused of cheating while memorising a series of playing cards on an Italian TV show. However Prof Bonuccelli firmly states that he has seen Golfera carry out the same test under controlled scientific conditions.

“I personally believe that there was not any kind of fraud, but an attempt to jeopardise his reputation,” he says. He himself was at first “sceptical” about Golfera’s capability, “but after seeing it several times I realised he has a fantastic memory and a very strong mind.”

Golfera says his exceptional memory means he never needs to use an address book or consult a diary. One particularly impressive feat involves recalling a 49-digit number in front of an audience of university students in 2001. Something he achieved by using a visualisation technique and associating a couple of numbers to a picture in his mind, then connecting the different pictures together.

Although Golfera insists he’d just as easily have remembered a longer number. “They asked me a 49-digit number, but if they’d asked me a 100- or 200-digit number it wouldn’t be a problem for me.”

Impressive. Now, where did I put my keys?

Use the power of imagination. To recall, say, the number two in a list, visualise a swan (the shape of a two).

Use Exaggeration – make it a giant swan.

Use Movement – visualise it swimming.

How to remember foreign vocabulary:

Associate a word with an image that sounds similar and corresponds to the English meaning. For example, the Italian word macchina, which means car, can be remembered by visualising a car in the driveway wearing a mac to protect it from the rain. “Macintosh” sounds similar to macchina and the image will be the trigger that helps you to remember the word.

The word scarpa, Italian for shoe, can be recalled by imagining a shoe jumping up and down on the carpet. Carpet sounds similar to scarpa.

The word porta, “door”, can be recalled by visualising a porter holding your front door open for you.

Imagine a room you know well, a sitting room, bedroom or office. Visualise items on your list at certain points in your room – on the bed, table, etc.

Later, to remember your list, take a “mental tour”. This can be expanded by opening doors into other rooms, to store other groups of information.

(By using the Golfera Method to learn more efficiently, you will achieve
concrete and immediate results in your studies, in your job and in your
life. Learn how).

(By using the Golfera Method to learn more efficiently, you will achieve
concrete and immediate results in your studies, in your job and in your
life. Learn how). 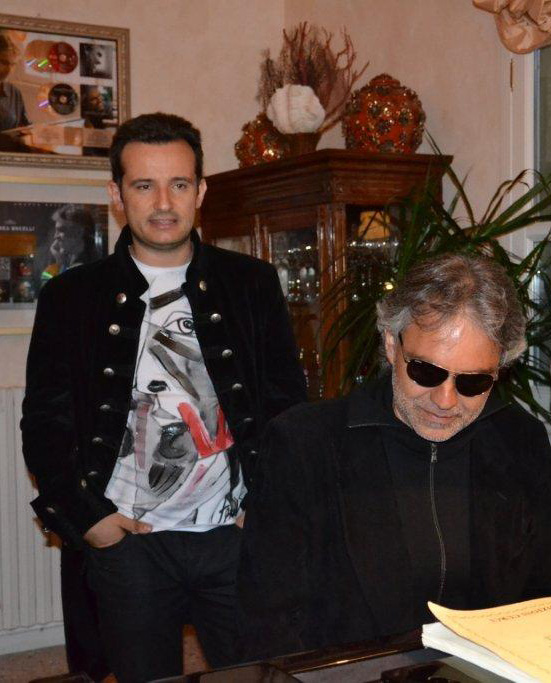 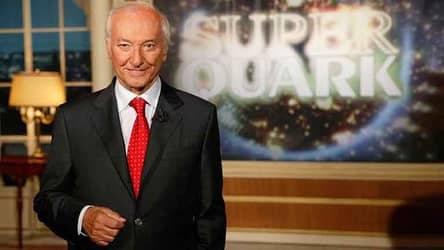 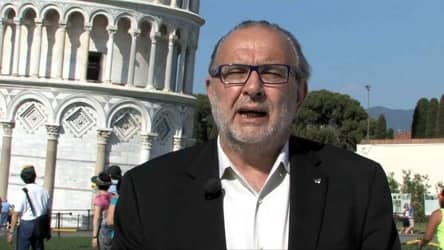 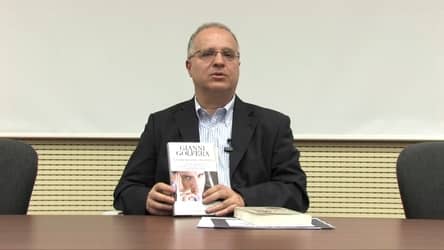 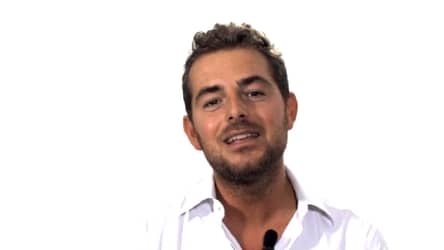 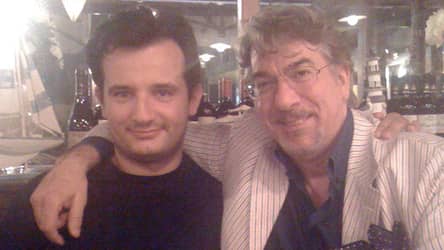 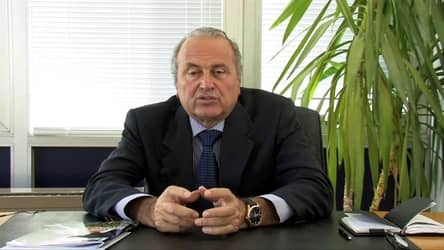 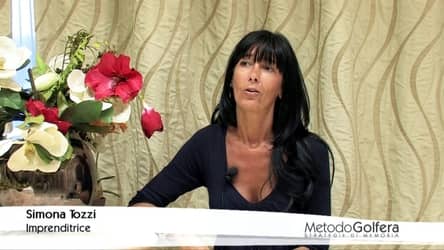 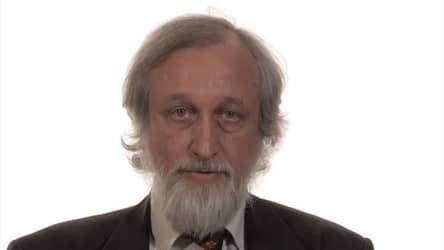 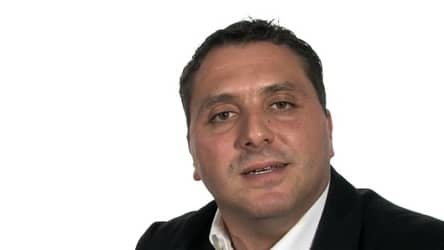 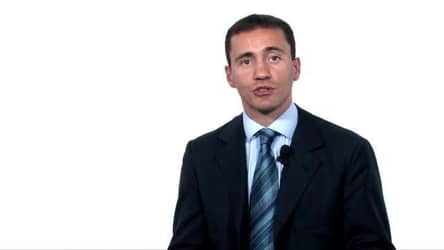 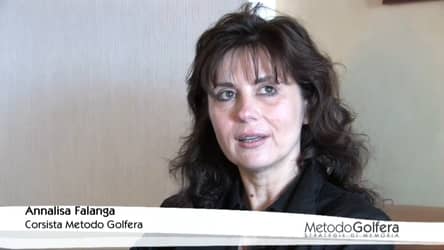 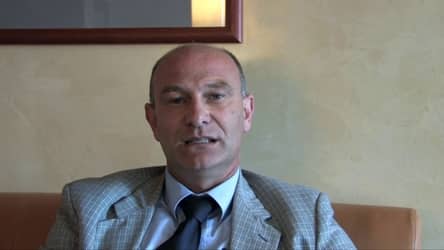 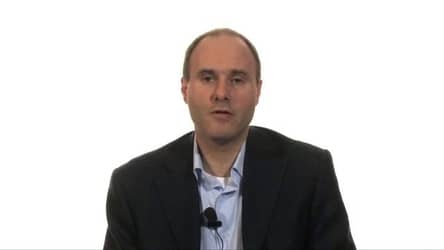 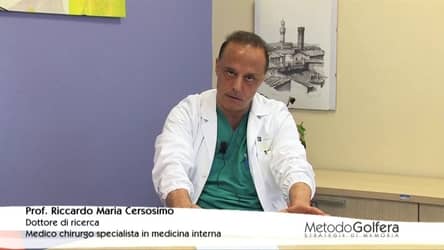